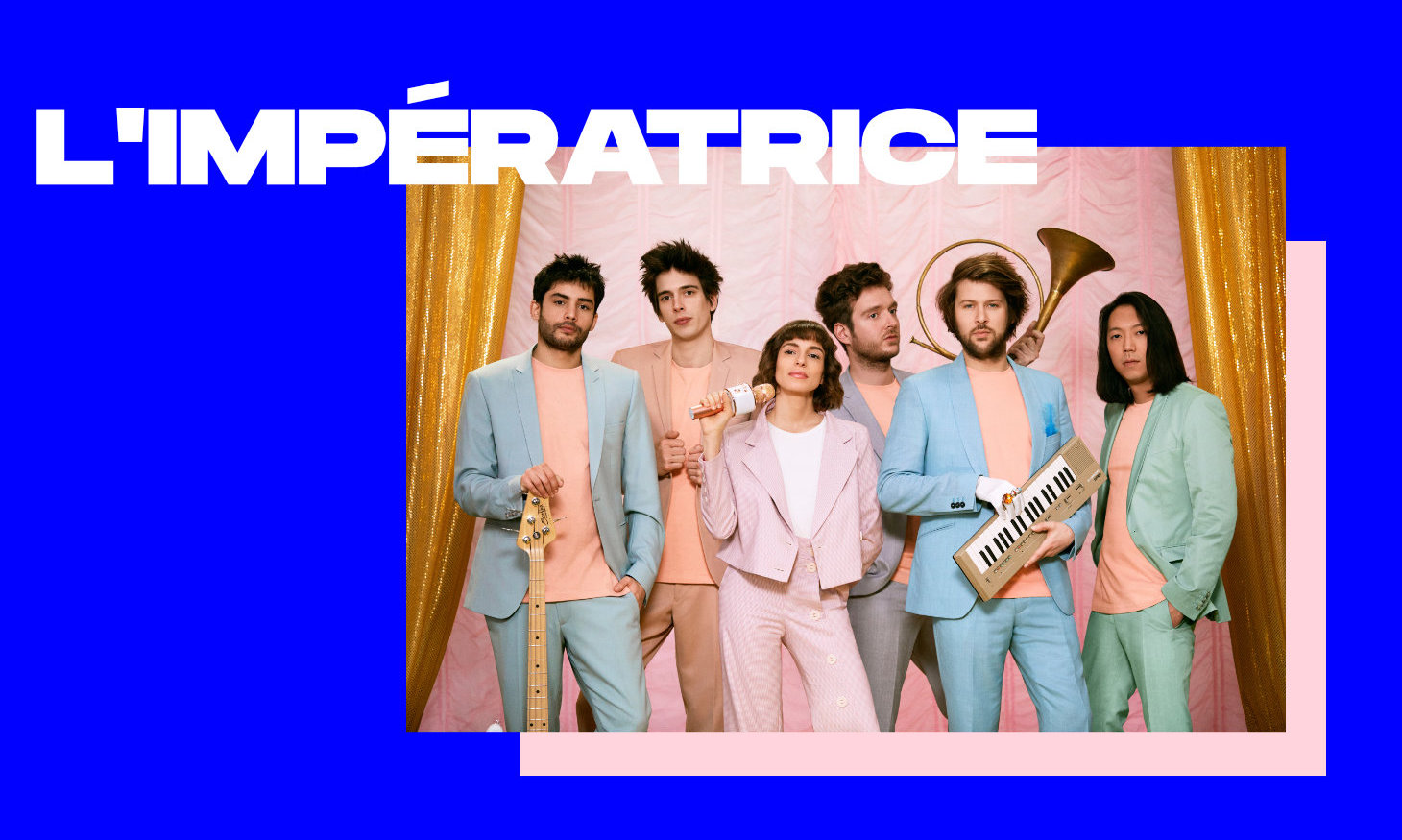 The six-piece band from Paris draws from a whole range of genres, from 70s space disco to 90s downtempo synth-pop, creating their own unique and extremely danceable sophisti-pop. Their sound reminds one of Daft Punk and Parcels, with a beautiful feminine touch thanks to the vocalist Flore’s enchanting voice. L’Impératrice began as the project of one disaffected culture journalist Charles de Boisseguin, but some seven years later turned into a six-headed beast. Following a very successful release in France, the band’s debut album “Matahari” was finally released worldwide in April 2019, followed by a sold-out tour in Mexico, USA and Europe. It’s time for world domination!