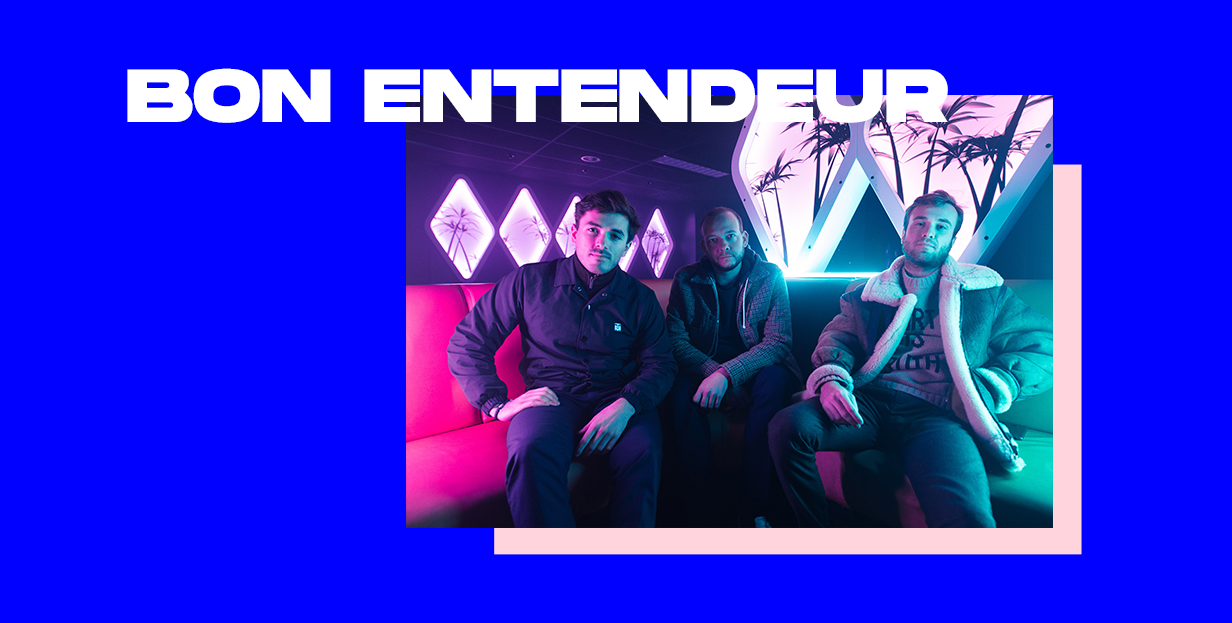 Bon Entendeur is a singular project born from the collective passion of three friends. Arnaud Bonet, Pierre Della Monica and Nicolas Boisseleau are united by musical obsession and love for French culture. Their trademark: updating French sound from the 60-70’s with a modern electro sound. Their debut album “Aller-Retour” has been certified GOLD in France with their lead single “Le Temps Est Bon” now reaching PLATINUM! After a sold-out international tour suspended by a worldwide locked-down, the idea became clear: their next album would go from listening to dancing, from day to night. Let’s the party begin!