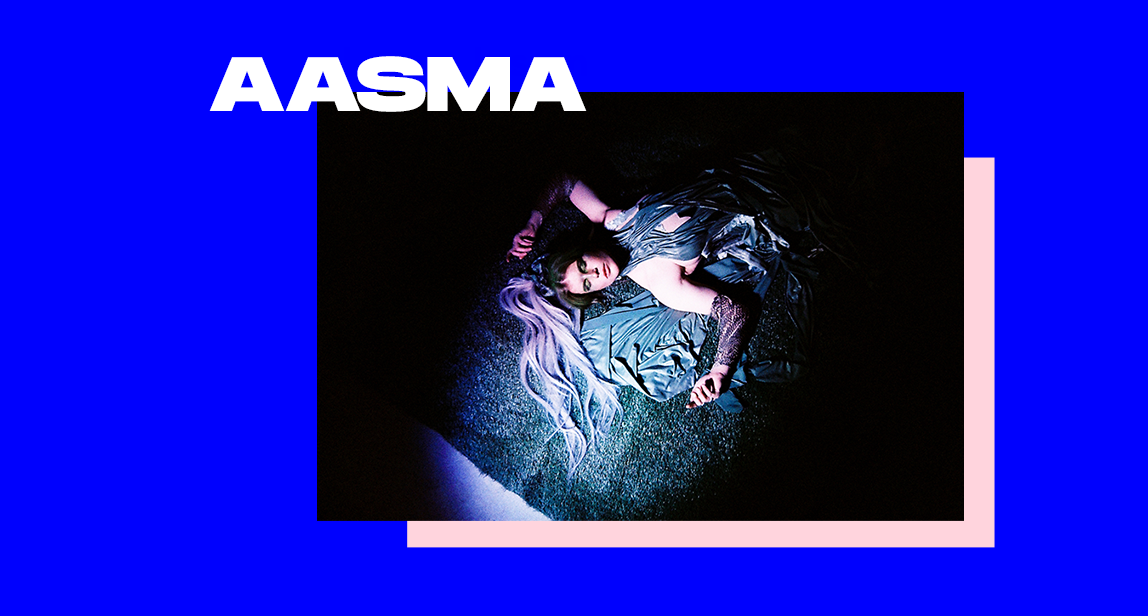 Raised in a house deep inside the forests of Sweden, Mira Aasma’s biggest inspiration has always been nature and mysticism. From her Estonian roots, she inherited the choir singing culture, and from her family who were members of a percussion group she early discovered rhythms. Her music is a playful balance between straight-up pop and sound art, live recorded instruments and cheap drum machines. Telling stories from a dark shimmering dreamworld, transporting the listener between oceans and forests, streets and bars. Over the last few years she’s toured in i.a. Sweden, Germany, Netherlands and Scotland, had her music played on television and radio (SWE/UK), and was chosen as the Scandinavian participant of Red Bull Music Academy in Berlin 2018. This year she’s back with new music, culminating with a new album set for release in August 2021.